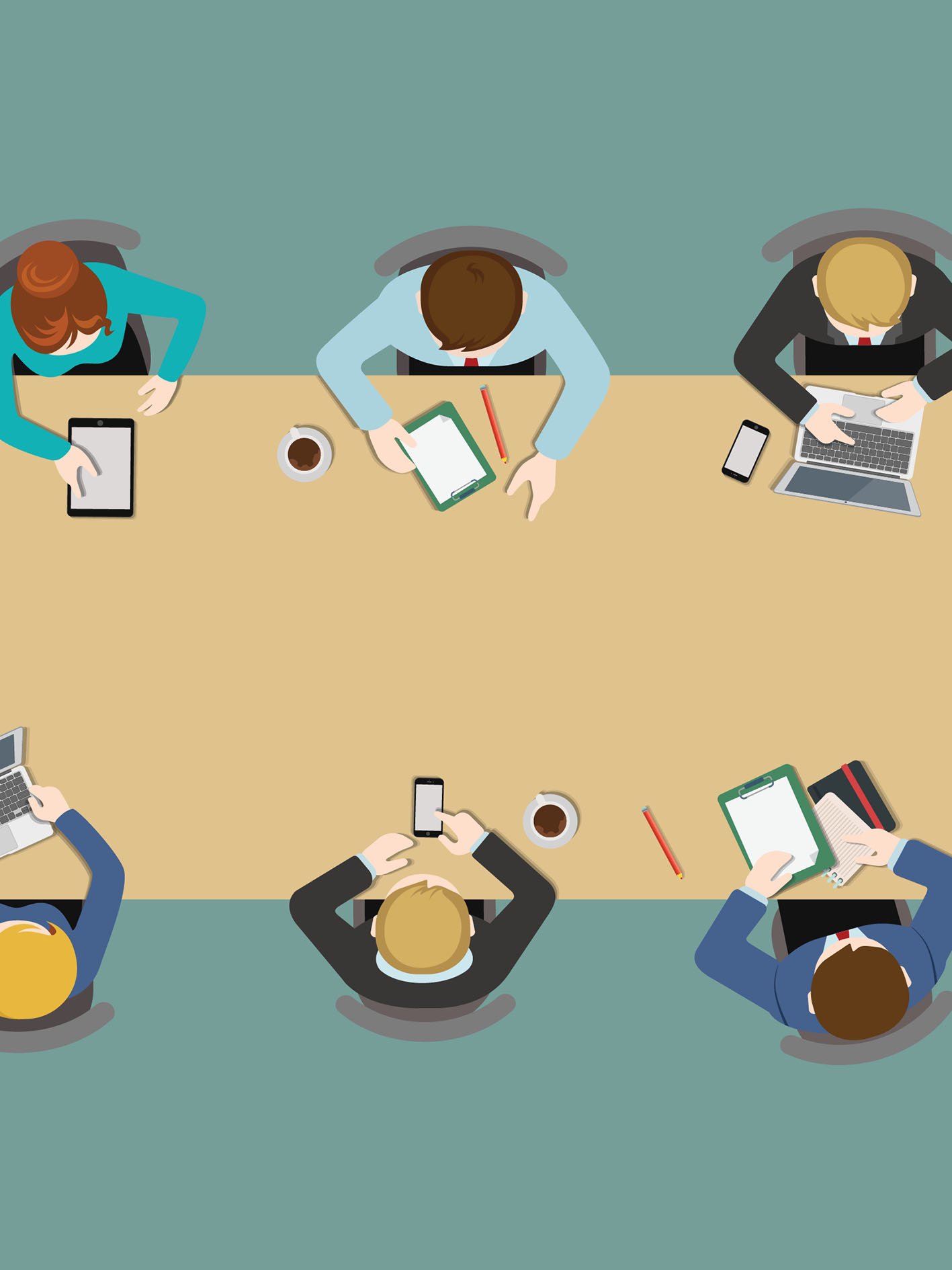 Most companies don’t have a serious, repeatable interviewing process for hiring. Instead, they wing it, bringing people in for interviews, asking a few questions, turning it into a fireside chat, and then hoping for the best. In our experience, it’s not enough. Here’s our guide on how to make the most of the hiring process and make sure you get the best people you can in your business.

The process typically started with a CV. The CV isn’t dead, but the format should change, especially for potential employees that have plenty of resources for sharing their work and demonstrating their capabilities. CVS still contained some nuggets of information that are helpful, and we naturally went through them all. Here are some of the things we looked for:

Both our CEO and the department head reviewed CVS. In some cases, they were shared them with other team members to get their opinions as well. If we were rejecting someone, they’d be emailed. Every single one. We did our best to make sure everyone that applied heard back from us at least once. This is a tough process, but we encourage every company to do it. After reviewing and filtering, we’d screen the remaining candidates over the phone.

We put a lot of effort into screening candidates. Given that the next step (in-person interviews) lasted almost a day, we didn’t want to go through that with too many people.
Screening candidates was mostly about:

We tried keeping screening calls to 30 minutes, but they’d often go longer. It was always interesting to see what people talked about (specific work they’d done, accomplishments, interests.) We also gave people an opportunity to ask questions, which was also instructive on their personality and what they cared about.

We had a standard set of somewhat open-ended questions, but we weren’t too concerned if we got through all of them. The goal was to have a conversation and see how it went. Some of the questions asked included:

Some of the critical problems we came across:

Once screening was complete, we’d decide if the candidate should come in for the in-person interviews. If not, we’d let them know. If so, we’d ask them to block off half a day or more, and we’d explain the process to them (verbally or via email), so they’d prepare.

The department head typically did the first in-person interview. Similar to the screening process, they’d develop a list of fairly standard questions (with some deviation based on the particular person they were speaking to), and they’d spend half an hour talking. Admittedly, these conversations got too casual at times, and they caught myself talking more than listening, but they found them constructive. You could probably be more rigorous here than they were, and potentially make this interview shorter.

Ultimately, we were looking for a personal connection. Did we want to bring this person onto our startup roller coaster and ride with them? It wasn’t about being friends (while we’re friendly with many employees, we didn’t spend tonnes of time outside of work socialising), it was about finding a mutual connection and respect. You are going into battle with them, and a lot of it will get ugly, so there better be a real sense of camaraderie and understanding.

Next, our CEO took over and did a more in-depth interview. She spent a good chunk of time getting to know the candidates, how they communicated, what interested them technically, etc. So it was a combination of practical (does this person know what they’re talking about) and personal. These interviews typically lasted 1 hour.

Third In-Person Interview (with the team)

The next interview for a candidate was with a few members of our team. We wanted to give our existing employees a chance to meet prospective employees. This usually lasted 30-60 minutes. The discussions were broad ranging because the team loved to talk technology and they often found candidates eager to discuss technology as well. Our department heads didn’t participate in these meetings (neither did my CEO) so we can’t go into a lot of detail, but I do like the idea of having candidates meet the team. That’s who they’ll be working with every single day. And the truth is that a lot of employees stay at a particular job because of their co-workers, even if they don’t like the job, the company or their boss. That’s how important it is for people to bond with their co-workers.

After three in-person interviews (now 2.5-3.5 hours in), we’d move to the working portion of the interview. We used to call this a “technical test”, but it wasn’t about testing technical capabilities. Candidates coming in for an interview knew there’d be a practical component, but before the interview, we didn’t provide any additional detail, except perhaps, “we’ll get you to work on something.”

We learned a lot during this phase.

It was amazing to see how some people dove into the scenario and started working things out on paper with us, while others didn’t ask very much at all. We were also looking to see how people prioritised their steps and things they could do, and how they communicated that to us. Some people were great at negotiating: “So is A or B more important? A is easier, but B might do more of what you want.” Some were great at brainstorming new ideas and proposing stuff, which we loved (as “clients” and employers!)

Once we were finished with this process (~30 minutes), we’d break out of roleplaying and move to the next step.

Once the practical was finished, we would get back together with the candidate and review his or her work. They’d show us a demo of what they’d done and talk through their approach, decisions they made, and the places where they got stuck. It was always fascinating to see where people put their energy and limited time.

We always asked them, “Now that you’ve gone through the process, where did you underestimate the effort/work required?” Again, it was fascinating and instructive to hear people’s answers. We didn’t go back into a roleplaying mode at this point, but it was important to see how candidates reflected on the conversations we had in those scenarios. How were they trying to address client needs? How did they shift-on-the-fly, while keeping in mind how they would explain their decisions to the customer? What assumptions did they make that they could then properly communicate?

We were always looking for clarity and adaptability. How they worked under pressure was certainly part of it, but not the only thing that mattered to us; after all, this was a fake scenario. Their ability to work in this scenario wasn’t completely indicative of their ability to work on a deadline, although I believe it was a decent proxy. You also got a sense for who had that special extra gear; the few people with the determination to plough through, take chances and be capable of clearly and confidently explain what they did after the fact.

Once the post-practical was over, the interview was over. All told, the candidate had now spent 5-7 hours with us. It was a gruelling, but a highly effective process.

Hiring the right people is extremely hard. If you don’t take it seriously and put the effort into it, you’ll end up hiring sub-par people that don’t have the necessary talent or cultural fit. And as we discovered, timing is important as well; if someone isn’t ready to make the commitment needed, it’s better to find out beforehand.

The fact is you will never be 100% successful at hiring – some hires just won’t work out. There could be any number of reasons (most of which are out of your control), but you can reduce your risk significantly with a thorough interview process.

Recruiting successfully is hard. The pool of talent is always smaller than you’d like, there are always competing interests, and it takes a significant time commitment to recruit consistently and well. When interesting candidates do come knocking, there’s a temptation to hire them quickly and see how it goes. I’ve done that before, and it usually didn’t work out. You get lucky sometimes, but you’re taking a significant risk; not just with the one individual you’re hiring, but with the effectiveness and culture of the entire company. There’s merit in the saying, “hire slow, fire fast.” Don’t be too slow about it (or you’ll miss people), but you do need to be extremely deliberate and thoughtful about the process. Put the time into a recruitment and interview process as early as possible in your company’s existence, measure the results, learn and iterate as you go along.

This ThrowbackTuesday we have our very own Anwer J

An incredible day had at the Salesforce World Tour

Had a blast at the B2B Marketers event we hosted l

Time to talk Pardot, who is coming to the B2B Mark

Always great to be at the B2B trailhead community

We use cookies to personalise site content, for social media features and to analyse our traffic. We do NOT share information about your use of this site with our advertising and social media partners.